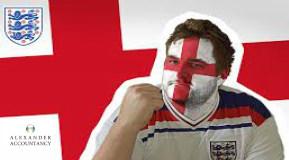 Only a few weeks ago a mainly young and inexperienced England football squad set off to the World Cup in Russia with limited expectations being placed upon it. Had they been offered a top four finish, most fans would have accepted that was over achieving.

At the start they were not even rated as the best team in their group. But now they have confirmed themselves as the most successful World Cup squad England have fielded since Bobby Robson’s team in 1990.

The England team has already achieved this milestone and we believe that should be celebrated. It has created a boost for some businesses and a feel good factor that should not be dependent on the next result.

How do you measure your success? We encourage every business to identify goals and to set milestones on their journey towards these goals. We can even help with, or advise where to find, coaching and guidance to help you do this. Once you have those milestones each one should be celebrated as it is achieved. For it is often the rewards experienced from reaching each milestone that gives us momentum and carries us forward on the rest of the journey.

Dare England hope for more? At the time of writing England’s semi final against Croatia has not yet been played and primarily we are encouraging the celebration of the successes already achieved as it is achieved. So even if England does finish fourth people should not let that disappoint them.

This is a story of a young team, led by a young manager that has developed beyond expectations in the time it has happened. We believe everyone benefits from embracing the positive and celebrating it every step of the way.

If you’d like guidance or advice about how to set out the milestones for your business. Get in touch info@alexander-accountancy.co.uk

How many of you remember this –  Dare we dream again? 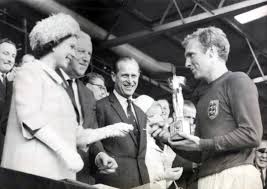